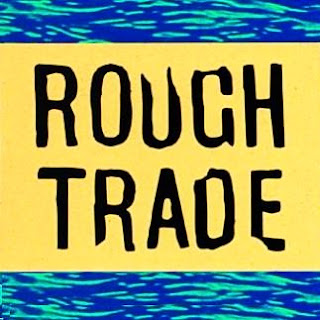 Vol. 14 begins with a Panther Burns 12" EP, followed by one of Rough Trade's greatest singles, "Shipbuilding" (first released in 1982 as a 7" and a 12" with a cover of "Round Midnight"; reissued in 1984 with four different sleeves). Vol. 14 also includes Weekend's lovely "Drumbeat For Baby", Blue Orchids' Agents Of Change EP, The World Service (a one-off by Steve Lake of Zounds), and The Virgin Prunes' "Baby Turns Blue". The Prunes and Weekend singles were also released as 7" singles and three song 12" EP's. This volume closes with a three-headed monster from NYC called Shockabilly.

Vol. 15 opens with another American group, The Dream Syndicate, then returns to olde England for Aztec Camera's "Oblivious" (b/w an ode to Una Baines of The Blue Orchids and another 12" bonus track). Wire's "Crazy About Love", The Go-Betweens' classic "Cattle And Cane", The Gist's "Fool For A Valentine" and The Unknown Cases' dancefloor hit "Masimba Bele" (with Rebop Kwaku Baah) round out a well-rounded set.

More noise from NYC kicks off Vol. 16, with singles by Shockabilly and James "Blood" Ulmer. This time Ulmer is backed by Bruce Smith and the late Sean Oliver, with Adrian Sherwood at the controls. RT 129 is Opal in all but name. "Hand In Glove" is next: both by Sandie Shaw (RT 130) and The Smiths (RT 131). Singles by Aztec Camera, The Fall, and Troy Tate follow, and we close with the 12" version of Microdisney's Dolly.

Steve Hanley mentions in The Big Midweek that Rough Trade "spent seven grand on a witchdoctor and a tree house" for the "Oblivious" video, and Mark E. Smith was displeased with the attention (and money) paid to The Smiths, who signed the first Rough Trade contract for more than one record. The one-off contract and 50/50 split between artist and label had once made Rough Trade unique.

Artists discovered, cultivated and promoted by RT had left for larger labels since the early days of Stiff Little Fingers, but it was undoubtedly frustrating to lose Scritti Politti, Aztec Camera and others. At the same time, RT artists were frustrated by favoritism at a label that had once prided itself on equitability. RT was determined to hold onto The Smiths, and to take them to the top. Stockholm Monsters sang in How Corrupt Is Rough Trade, "The hype has now become the norm, the game is take the charts by storm."

In 1984, Geoff Travis and Mike Alway (El Records founder) formed Blanco y Negro, a Warners subsidiary that signed JAMC and EBTG, as well as the founders' own favorites like The Monochrome Set and Sudden Sway. Travis' divided attentions has been cited as a factor in the downfall of Rough Trade, but financial mismanagement was the chief reason.