Under The Covers: An Undercover Investigation 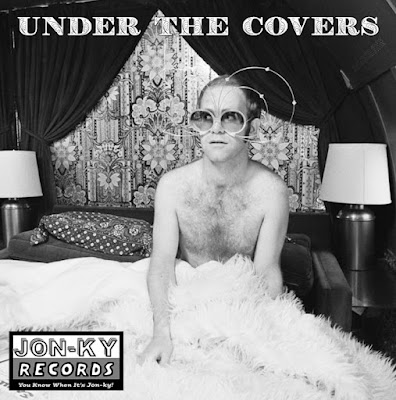 Stinky had a brainstorm recently, a megawatt metaconcept that plays 3-D chess with the fourth wall. It's a riddle wrapped in a mystery, hidden in a box of chocolates, eaten by a snake chasing its own tail. You might want to sit down before you read any further.

It's a compilation of cover songs exclusively from cover albums that are titled "Under The Covers".

I was staggered by the concept. When I regained my composure, I started digging through Discogs and other sources. We decided to forgive Dwight Yoakam, and gave a pass to Matthew Sweet & Susanna Hoffs (just cuz they're cute), but there's no excuse for the sheer number of artists and labels who thought that "Under The Covers" or "Undercover" was anything but a stale pun and a lazy title for an album or a compilation.

We're looking at you, RHCP, Ozzy, Ministry, Joe Lynn Turner, Motorhead, Trixter, Tangerine Dream... When did Trixter become an online feud rather than carefree hair metal hooligans? When did glam turn glum? How the motley have fallen!

As our investigation deepened into this corny compendium of cliche, Stinky had another inspiration. Today we unveil our own record label and its debut release. Jon-Ky Records (patent pending) proudly presents our superfluous addition to the tired tradition of cover albums called "Under The Covers"!

Check out the logo, and the hirstute hunk beneath the fuzzy blanket! That'll shift some units, huh? Gaze unafraid into his gaudy goggles! Stare deep into his spectacular spectacles! Buy the album! Don't fear the peepers!